Why one senator just blew up Joe Biden’s presidential plans

Undernourished and Overweight: The link between food insecurity and obesity

US food insufficiency surged by 25 percent after end of child tax credits: analysis

Conceptual and methodological reflections on the article by Schlussel et al. A response to Household Food insecurity… 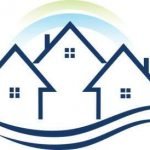 Child hunger is expected to worsen
Top Scroll to top