A stable, decent, affordable home is an essential foundation for families to thrive. However, this foundation becomes increasingly unsteady when families’ housing becomes unaffordable — defined as paying more than 30 percent of monthly household income for rent or mortgage plus utilities. This brief introduces the Subsidized Housing Availability Index (“SHA Index”) as a tool to measure the need for additional housing subsidies, and to understand the relationship between inadequate subsidies and the negative consequences of housing insecurity. 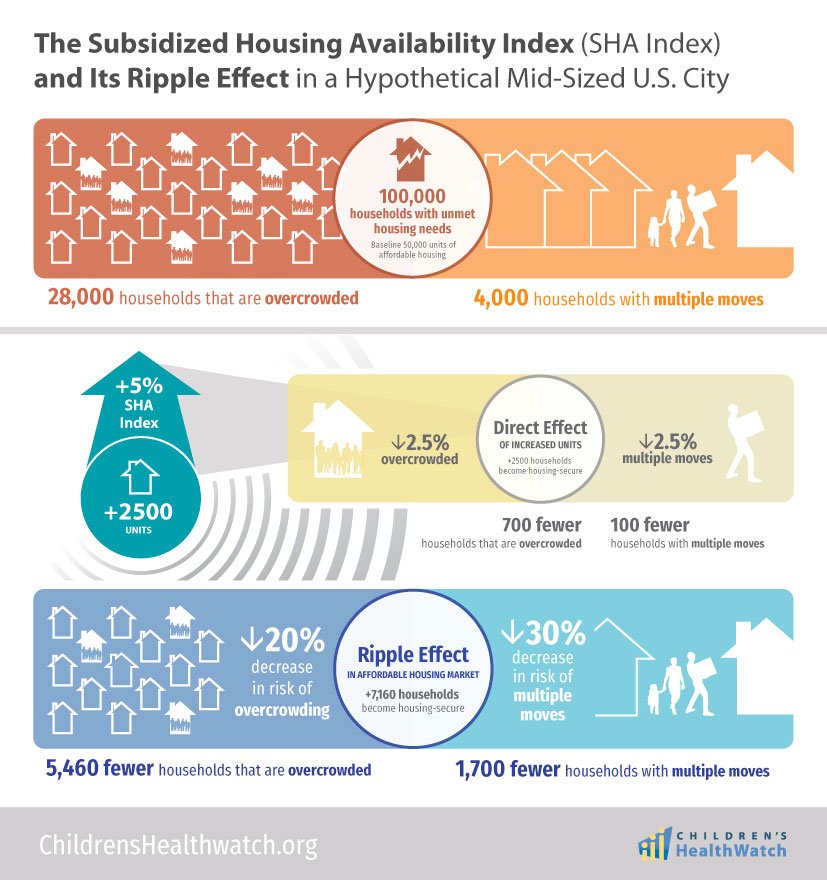 How to calculate the Subsidized Housing Availability Index (SHAI)

The unmet need for subsidized housing units can be defined as the number of low-income households (annual median income < $35,000) currently paying more than 30% of their income on rent (based on 3-year average data from the American Community Survey, as follows:

Example: How the SHAI was calculated across 5 Children’s HealthWatch Research Sites

The SHA index shows some variability across the five research sites, although no site has more than a third of the estimated units required to meet the demand for subsidized units (see Table 1 below).

Assessment of the Barriers That Constrain the Adequacy of Supplemental Nutrition...
Top Scroll to top