Please save the date for the Children’s HealthWatch Annual Fall Celebration on Monday, October 25, 2021! This event highlights our policy-relevant research and how it makes a difference, celebrates policies that support child and family health and promote health equity, and honors remarkable individuals who advocate for evidence-based policies that help children thrive with the annual Children’s HealthWatch Champion Award. The annual event draws the attention of policy makers, local leaders, researchers, and advocates from across the country.

This event will be held virtually with livestream components. More details to come!

“It is easier to build strong children than to repair broken men.”

We all want children to be happy, healthy, and whole, and to grow into happy, healthy, and productive adults. However, that can’t be possible unless we lay the foundation today. The theme for our 4th Annual Fall Celebration, “Equity Can’t Wait: Transforming Child Health Today for a Prosperous Tomorrow,” will look at how income support programs such as the Child Tax Credit and sound economic policies improve child and family health, help lift families out of poverty and hunger, and support equity. We know children thrive when we respond to their reality, and the reality is investments made in health and economic wellbeing today benefit all of society tomorrow, particularly in communities of color and immigrants that disproportionately experience racial health inequities and wealth gaps. If we truly believe that the future lies in our children, and that the children are our future, then we cannot wait to give them their best possible start. The time is now.

To learn more on how racism and inequities erode the promise that is this country’s children, and how public policies must, and can be changed, so that all children may thrive and have a real chance for healthy, fulfilled lives, please check out our “Equity Can’t Wait” series. 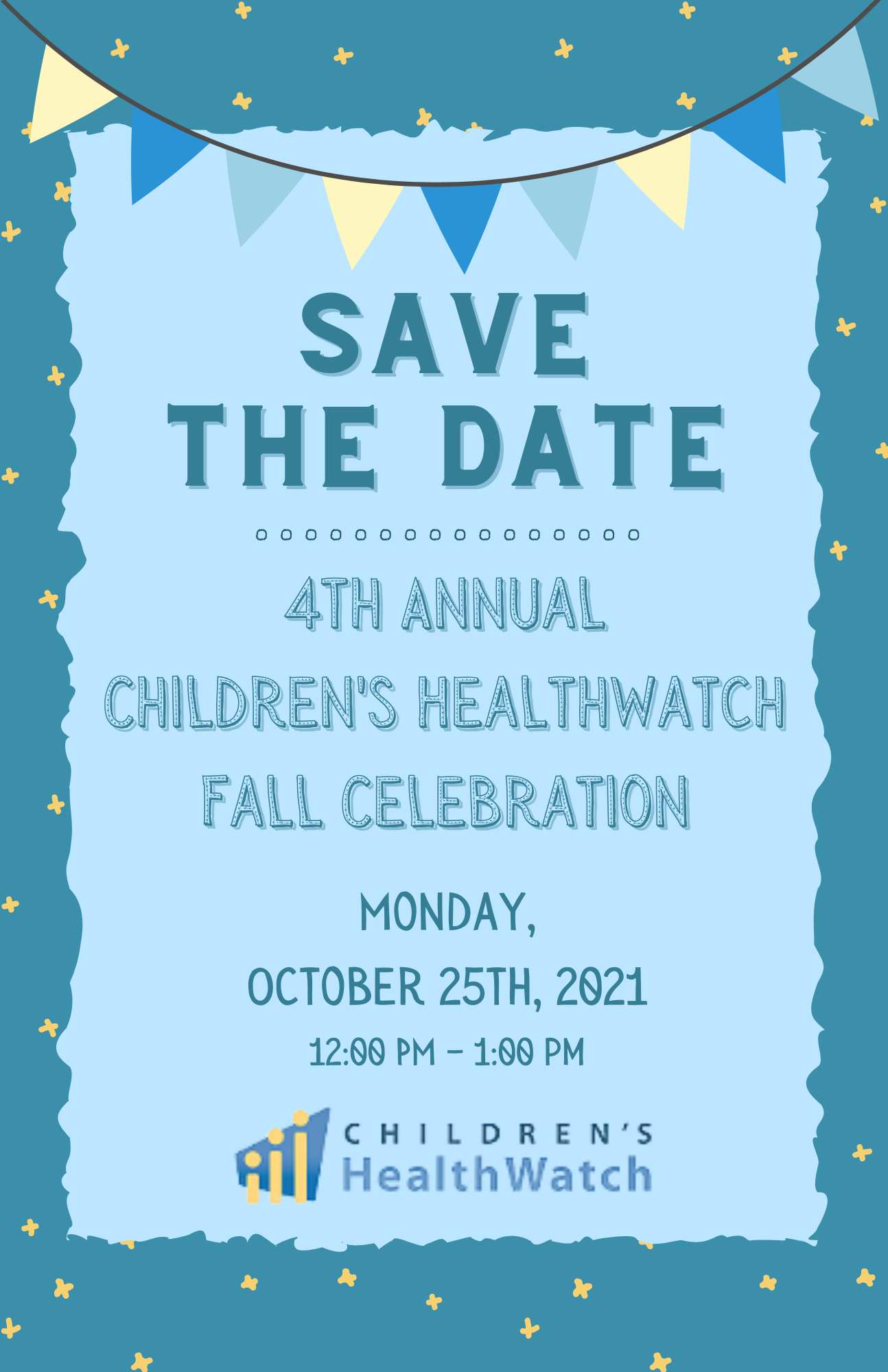 Get Your Tickets Today! 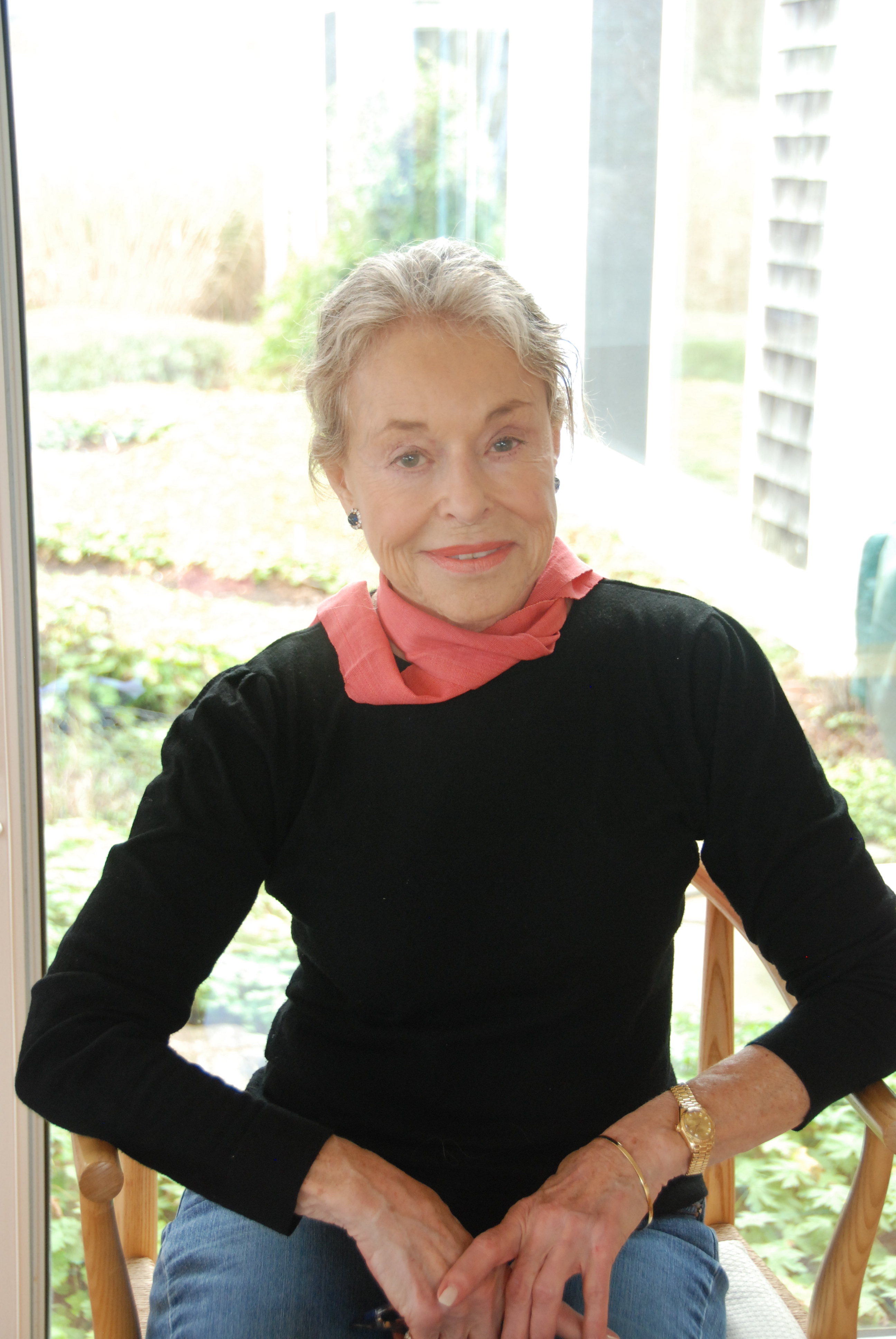 Marilyn Meyerhoff, our Honorary Event Chair, epitomizes a life given in service to others. A born and bred daughter of Baltimore, Maryland, Marilyn believes if someone can make a difference, small or large, they should. This simple canon guides her philanthropic and community activities, including serving on the board of Dramaworks, a professional not-for-profit theatre company in Palm Beach, Florida. She was instrumental in establishing the off-Broadway theatre, Center Stage (1962), in Baltimore and is presently an Honorary Member. She is also on the board of the American Visionary Art Museum. She is proud to be involved with both Johns Hopkins Hospital and Sinai Hospital in Baltimore, and with the work of Children’s HealthWatch, which is headquartered at Boston Medical Center. We are especially proud and privileged to call her our friend. Marilyn is the mother of three children (including Karen Sweet, the Advancement Chair of the Children’s HealthWatch Advisory Board), and five grandchildren, and is a loving partner to Sam Feldman, with whom she generously sponsored this year’s Children’s HealthWatch Equity Can’t Wait series. 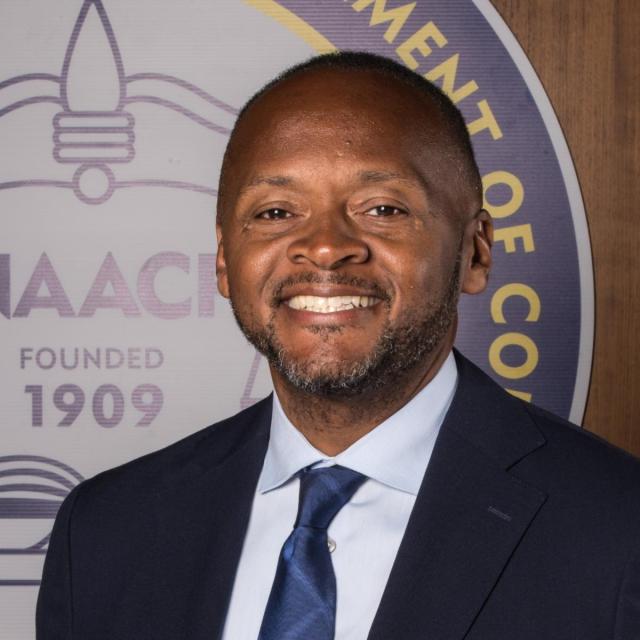 Michael Curry, Esq. is the President & CEO of the Massachusetts League of Community Health Centers (the “Mass League”), which represents 52 health centers, serving over 1 million patients out of over 314 practice sites throughout the state. He previously served as Deputy CEO & General Counsel for the Mass League. Prior to joining the League in 2008, Michael worked for 16 years at Blue Cross and Blue Shield of Massachusetts, including the role of Senior Policy Advisor in the Corporate Affairs Division, which included government, public, internal and community affairs. He has served on the health care transition teams for former Massachusetts Governor Deval Patrick and former Boston Mayor Marty Walsh, and was involved in the passage of Massachusetts Health Reform and the Affordable Care Act.

Mr. Curry is the past president of the Boston Branch of the NAACP (2011-2016) and has over twenty years of dedicated service to the NAACP at the city, state-area conference and national levels. He was elected to the National NAACP Board of Directors in 2014 and reelected twice in 2017 and 2020. He now serves as a member of the Board’s Executive Committee, Chair of the Advocacy & Policy Committee, as well as Vice-Chair the Political Action and Legislation Committee.

He also served on the boards of the Massachusetts Budget and Policy Center, the Massachusetts Nonprofit Network, and the Board of Trustees for Roxbury Community College, and continues in the role of adjunct professor for the Suffolk University Moakley Center for Public Management. He has received numerous local and national awards for leadership and advocacy.

Mr. Curry earned a Bachelor’s of Arts from Macalester College in St. Paul, Minnesota, a Doctorate of Jurisprudence from New England law Boston, and graduated from the inaugural class of the Executive Leadership Council’s Pipeline to Leadership Program. 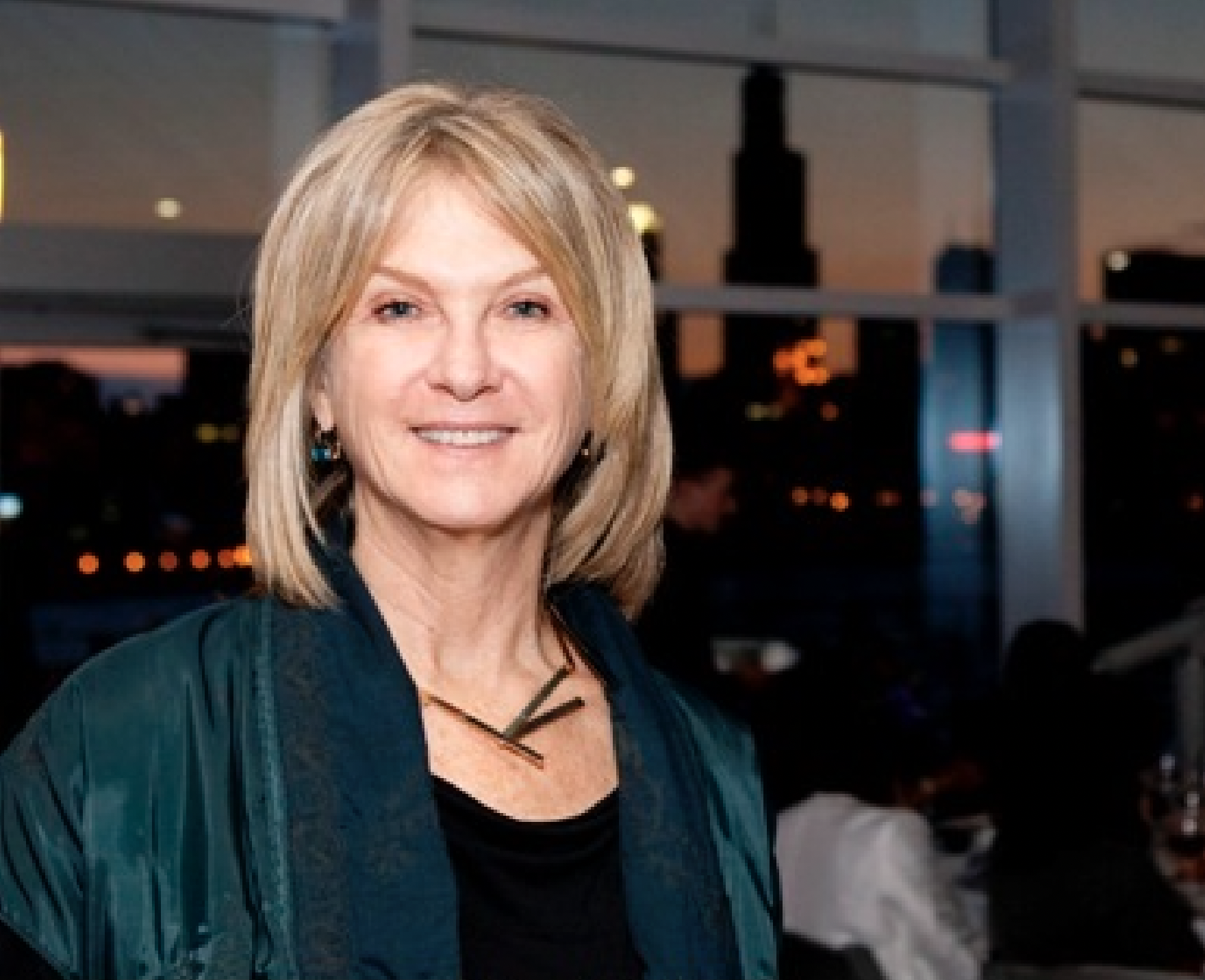 As the President of Start Early (formerly known as Ounce of Prevention), a nonprofit organization in Chicago that promotes early childhood development in underserved communities across Illinois from 1991-2010, Harriet Meyer, like Children’s HealthWatch, wants to ensure that every child has the best possible start in life—a perfect complement to our mission. Among her many talents, she advises organizations how to effectively marry their messaging to their mission in pursuit of this endeavor. Children’s HealthWatch is a grateful and longtime beneficiary of her invaluable wisdom, extraordinary leadership, and keen insight. We are beyond thrilled with her engagement and support as one of this year’s Event Co-Chairs.

The 2021 Children’s HealthWatch Champion Is…

Countdown to the Announcement: 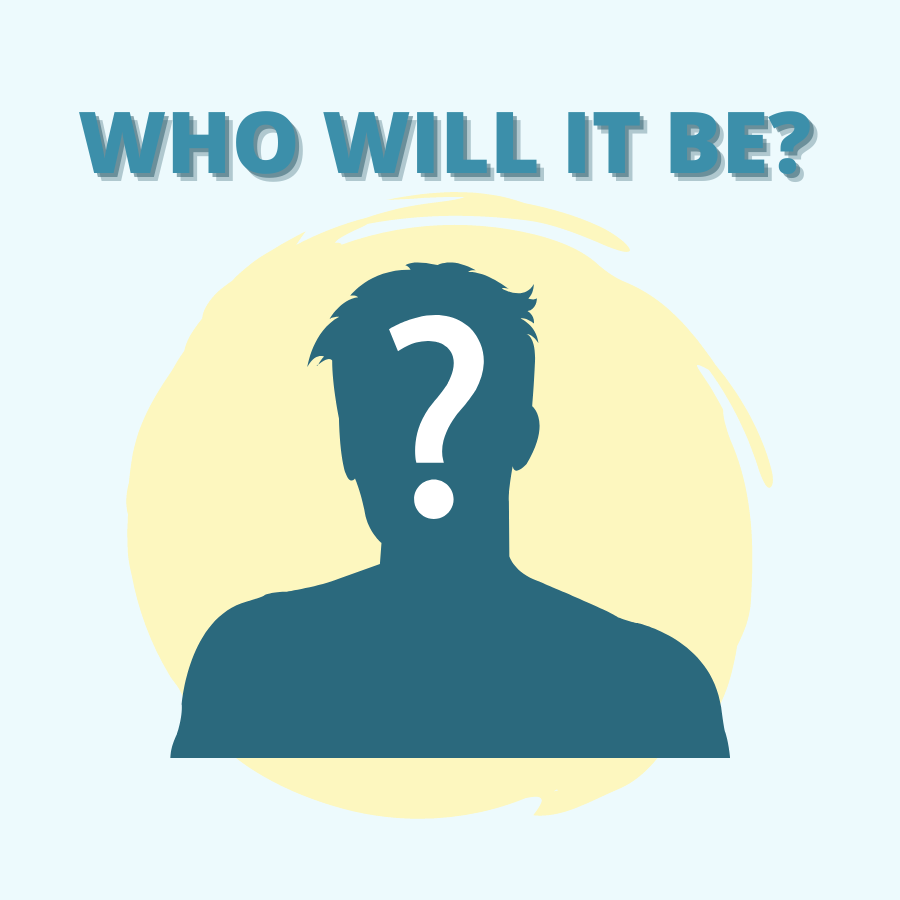 Find More Information about Past Children’s HealthWatch Champions Below!

Children’s HealthWatch seeks your support. Early childhood is a special period of brain and physical development. The first three years of a child’s life are vital for setting their health trajectory for the rest of their lives. It is much more effective and efficient to invest in this time period to ensure optimal development than try to mitigate developmental gaps later. However, for millions of children, their well-being during this critical window is threatened by poverty, economic hardships, structural racism, and discrimination.

For 23 years, Children’s HealthWatch (headquartered at Boston Medical Center) has been on the forefront of timely, actionable research connecting economic hardships and public policies to the health and development of young children and families. Our work on the frontlines of pediatric care brings relevant data to inform policy decisions that ensure all children have equitable opportunities for healthy and successful lives. Our research has been cited on the floors of Congress and state legislatures, in national media, and countless research publications and has spurred policy improvements that promote health and economic equity.

We cannot do this work, however, without the generous support of funders like you. Our work helps shape policies that can change young children’s lives. We were key partners in the expansion of SNAP (Supplemental Nutrition Assistance Program) benefits during the COVID crisis. We led the state coalition that doubled Massachusetts state EITC (Earned Income Tax Credit) from 15% to 30%, putting thousands of dollars back into family pockets, and we have been a vital and unique voice for the health benefits of historic expansions to the Child Tax Credit. If you believe that all children should thrive and have hardship-free childhoods, then please click here to provide your tax-deductible contribution toward an organizational or individual sponsorship. Read on for sponsorship details and benefits! For more information on our Equity Can’t Wait series, click here.

Please click here to provide your tax-deductible contribution toward an organizational or individual sponsorship. Read on for sponsorship details and benefits!

* Acknowledgement Deadline: Please submit how you want to be listed in the event program to Cerlyn Cantave at cerlyn.cantave@bmc.org by Friday, October 1, 2021. If you are sponsoring/giving in honor or in memory of someone, please send the text you would like featured as well as a picture, if you so wish. Please note that the acknowledgement or memoriam/honorarium will be seen by thousands of people on the Children’s HealthWatch listserv including policymakers, academics, philanthropic partners, researchers, advocates, and social service organizations.

Ad Deadline: Please submit finished event program ads and/or logos electronically (no PDFs, please) to Cerlyn Cantave at cerlyn.cantave@bmc.org by Friday, October 1, 2021. We will disseminate your ad and sponsorship to thousands of people on the Children’s HealthWatch listserv including policymakers, academics, philanthropic partners, researchers, advocates, and social service organizations.

If you prefer to pay by check, please make it out to Children’s HealthWatch and mail it to the address below.

For more information on how to sponsor, please email Cerlyn Cantave at cerlyn.cantave@bmc.org or call her at 781-962-9186.